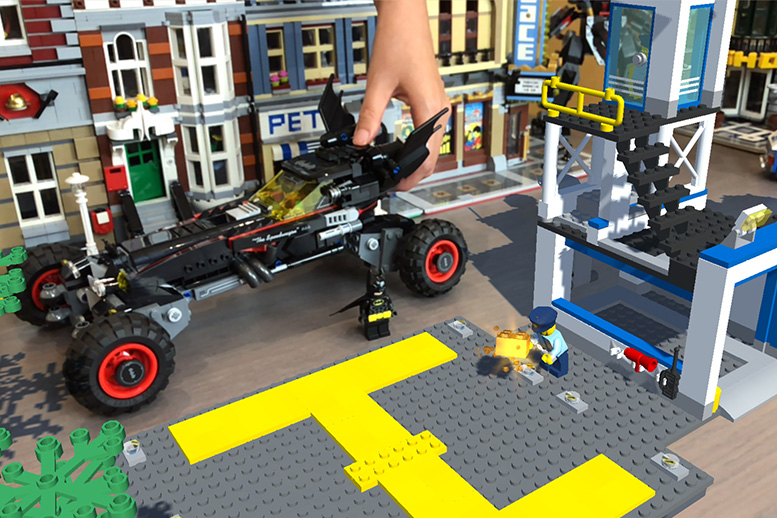 Lego becomes virtual: With the new App Lego AR-Studio, small and large builders can bring selected Lego sets to life. The program was developed with the help of Apple’s ARKit, an interface for augmented reality apps for the computer-assisted extension of perception of reality.

This enables children to play digital versions of particularly popular Lego sets again. The app mixes the original Lego buildings with virtual scenes and effects. The camera of the mobile device recognizes the built-up Lego worlds and adds new elements which can also be controlled. Special effects include a fire-breathing dragon, honking trains or a fire truck. In addition, in the virtual world gold stones that need to be collected are hidden as well. The user can record his or her actions and create videos.

This is how the future of gaming will look like

Tom Donaldson, head of the LEGO Group’s Creative Play Lab: “We believe that the best way to predict the future of gaming is to invent it. Lego AR Studio pioneered imaginative games that allow children to enjoy both physical interaction and digital engagement. This is one of the many ways in which we are renewing the combination of physical and digital Lego games. The result is an experience full of fun and creativity for children.”