Available from today: exclusive collection from Clarks Kids and Marvel 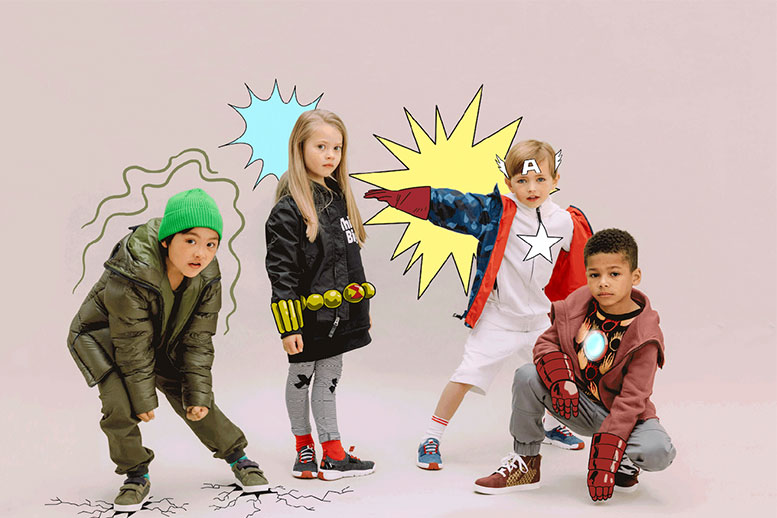 From May 4, 2018, the new collection of Clarks Kids, inspired by the Marvel superheroes, will be available for purchase. This is a multi-gender collection designed to symbolize strength through unity. Accompanying the release of the new film Avengers: Infinite War, which was released in German movie theaters on April 26, 2018, there now is suitable footwear for the little ones.

If you always wanted to be a hero, you can finally follow in the footsteps of your idol. The collection includes three shoe models from Iron Man “Invincible”, Captain America “Unbreakable”, Hulk “Incredible” and Black Widow “Unbeatable”. Each shoe comes in a limited collector’s box. With the purchase of all four boxes and their compilation, an exclusive graphic of the Avenger heroes appears.

When the Avengers join forces, their strengths unite and they become a powerful team of superheroes.

The “Greater Together” campaign aims to encourage children to value and unite their strengths and abilities; to empower them to be fearless, to believe in themselves and always to support each other through strength in unity.

“Children have the power to change the world. They are the purest minds on the planet, and we - Clarks - are inspired by how they live their lives. From our point of view, they’re all superheroes. So what better way to celebrate this than to ally with Marvel . We are guided by scientific knowledge and data to support the tradition of placing growing feet in safe hands. Combine that with passion, imagination and expertise and you get an innovative footwear collection that gives children the freedom to be their true self,” says Clark’s Chief Brand Officer, Jason Beckley.

The shoe manufacturer Clarks has been an expert in the development of healthy feet for over 170 years and has made it its business to promote children’s freedom of movement and imagination. In December 2017 Clarks launched Star Wars, a shoe collection inspired by the Star Wars character Rey. With the former message “Stay true to yourself”, the merchandising collection was aimed at female fans. Clarks took advantage of Rey’s positive image of women (portrayed by Daisy Ridley).