Digitalisation of the nursery: smart toys 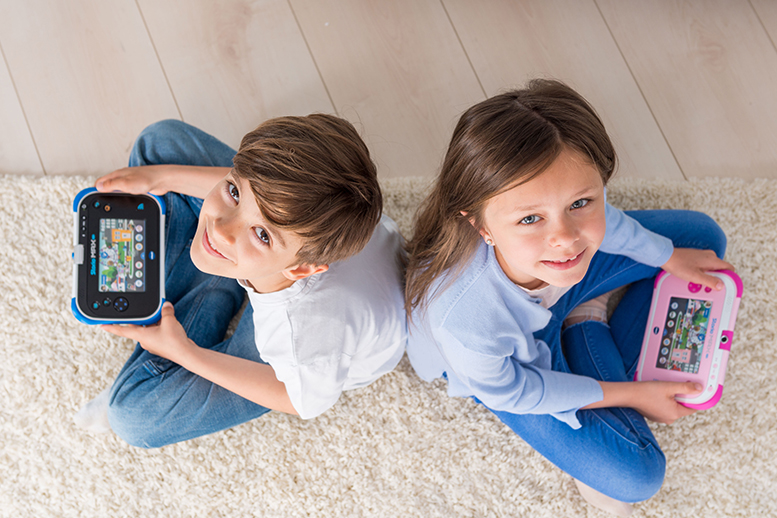 The billion-dollar business of networked devices in the Internet of Things (IoT) has made its way to the nursery. In this year’s Christmas business, so-called smart toys are playing a major role for retailers. Toys R Us, for example, has placed the Anki Cozmo robot at the top of its gift recommendation list.

Marco Dohlus, Purchasing Manager Toys at myToys, says: “As in every other segment of the toy industry, the demand for smart toys at Christmas is also rising significantly. Particularly exciting are products that combine fun with learning. This is the case of for STEM topics, which are increasingly important.”

Digital toys are now a billion-dollar business. In 2015 alone, they generated an estimated total turnover of approximately US$ 2.8 billion. According to Joachim Stempfle, Toys Practice Director of the market research institute npdgroup EUROTOYS: “Sales of smart toys are not recorded in the Eurotoys industry statistics. These toys fall into the respective categories such as learning, dolls, or racetracks.” Steffen Kahnt, Deputy Managing Director of the BVS (Federal Association of Toy Retailers) says: “But you can say clearly: the number of smart toys has been growing and will continue to rise in the future.”

SmartBee, an initiative from the Luxembourg government, has been working hard on smart toys. They define this area as “new hybrid dolls or devices located somewhere between toys and communication tools. They are directly or indirectly connected to the Internet via an interface, and are much more than pure electronic toys.” There are toys that can be controlled via smartphone, such drones, robots or interactive balls. Here children can compete against each other with these smart toys. Also on the market are intelligent toys that are modelled on pets or other characters. Robot Dog Chip recognises its owner via a digital wristband, plays with her or him, and develops its own character over time. Virtual friends in doll or cuddly toy format, which communicate with the child, also fall into the category of smart toys. Mattel’s Hello Barbie can talk to her owner by connecting via Wi-Fi to an online service managed by a third party. Another segment is made up of special tablets, phones, or watches for children that can be connected to the Internet. Among other things, VTech’s Storio Max 2.0 learning tablet allows users to chat, send pictures as picture messages, listen to audiobooks, play games, or browse websites unlocked by parents.

Experts argue about the pros and cons of digital toys. The fact is: children are growing up in a smart environment. For the first time, 85% of Germans used a smartphone this year - an increase of 8% compared to the previous year. This is making the youngsters curious and hungry for more. Marco Dohlus from myToys says: “With the rapid technological advances that are currently taking place, the smart/digital toys segment is also growing. For many children, access to a smartphone is now a matter of course, either because their parents use one or because they have their own device. That’s why toys that can be operated and controlled via the smartphone are becoming increasingly popular with kids.”

The American toy expert Reyne Rice sees child development opportunities in smart toys: “The best thing about these technical innovations is that they encourage children to actively shape their playing experience instead of just passively consuming it. As a result, they are involved in the development process and can design their toys according to their own wishes. This means that a new generation of children has emerged who are more willing to take risks and have more self-confidence: the “Do-It-Yourself” kids. Researchers at Northern Arizona University, on the other hand, have found that children’s vocabulary suffers when they use technological toys instead of traditional toys.

An important argument for the buyers of smart toys should above all be the data protection. “Intelligent toys, above all, harbour two risks: first, hackers can access unsecured devices and thus communicate with children or steal data. Second, manufacturers and suppliers can use the data obtained for purposes that the consumer did not intend,” says Günter Martin, Internet of Things expert at TÜV Rheinland. Just last week, Germany’s Federal Network Agency banned the sale of children’s watches that had an eavesdropping function. The consumer organisation Stiftung Warentest has warned about security holes in children’s digital toys. “Some of these toys are highly dangerous because they have an unsecured radio link. This means that any smartphone owner can connect to them to eavesdrop on, interrogate, or threaten the child,” says test Magazine editor Martin Gobbin. On the homepage of the Internet initiative BeeSecure, you can find a leaflet about smart toys and security. The initiative also provides retailers with arguments for sales talks. For Joachim Stempfle of the npdgroup EUROTOYS, the extent to which the new toys will prevail depends above all on the added value of playfulness. “My feeling is that I cannot say right now that the trend is not as strong as expected. Because often the playing value of these new products is not strong enough. That is what must be in the foreground and not the technology. Otherwise, it will be boring for children. For me, Anki Overdrive is a good example of a successful product: Here, a successful product, the racing track, was combined with smartphone control. That offers real added value.”