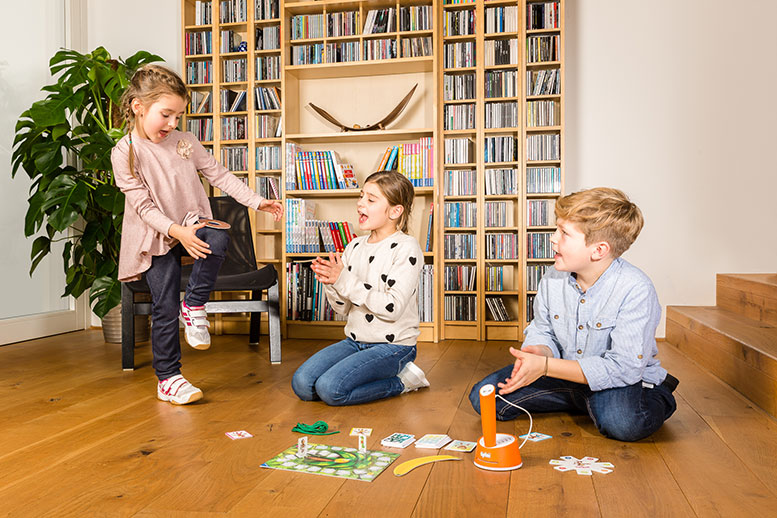 The “Top 10 Toys” award is an important marketing tool for industry and commerce. Now the Federal Association of the Toy Retail Trade (BVS) and a jury of experts have nominated a preselection of 36 toys.

The toy industry has traditionally been one of the most innovative industries. This year alone, around 120,000 new products were presented at the Internationale Spielwarenmesse in Nuremberg. The “Top 10 Toys” award is a valuable orientation for both retailers and end consumers. Since 2003, the BVS, together with experts from idee+spiel, Spiel & Spaß, Spielzeug-Ring, SmythsToys and Vedes, has been selecting promising new products that have the potential to become bestsellers. The jury has now made its preliminary selection. Steffen Kahnt, BVS Managing Director: “Bright children’s eyes pre-programmed: Our TOP 10 answers the question about the hottest toys of the year. This year, the manufacturers were more innovative than ever. 36 products made it into the final round. They have now been nominated for the TOP 10 Toys 2019.” The ten winners will be announced just in time for the Christmas business in December.

Which topics were considered for the Top 10 Toys?

The nomination list for the Top 10 Toys reads like an attentive journey through the toy shelf. Innovative technical highlights are included as well as classic dolls and popular long-running themes such as police, dinosaurs or fire brigades. For example, the first game in the tiptoi active series, which will be available from September, was nominated. Here the pen stands upright in a loudspeaker so that the hands remain free to play. With the Jungle Olympics, children can perform fun tasks such as balancing, dancing or assigning music. Autotechnik and plush unite the novelty Revellino - My First RC Cars . The remote-controlled vehicles with fluffy cover are suitable for small drivers starting from two years. Also the Lego AR novelty created it on the nominating list. With Lego Hidden Side, children play with one hand in the physical world and with the other in the digital world via one app.

Many novelties around dolls and Co

Dolls and co. Make girl’s eyes sparkle. New products from this segment were also included in the preselection of the Top 10 toys. With Playmobil‘s new mermaid game world Coral Pavilion with illuminated dome, children can dive into a magical world below sea level. The new Barbie Malibu house is transportable, offers plenty of space to play and contains numerous details. The Cry Babies Magic Tears from IMC Toys Germany are aimed at little doll collectors. There are 24 different dolls hiding in colourful little houses. The plush kittens Animagic - Mimi by Goliath Toys possess special abilities such as voices and movements. The Cool Maker Go Glam Nail Studio by Spin Master picks up on the trend towards coloured nails. The content of this nail studio set is enough to design more than 125 nails. Designing bracelets yourself allows Blazelets from Ravensburger.

Bruder‘s new bworld theme sets have also been nominated for the Top 10 Toys. They pick up classics such as police, infirmary, workshop and stable. Hape International’s emergency headquarters includes a police station and a fire station. Also Märklin novelties like the Start up Startpackung module train are on the nomination list. The Hot Wheels City T-Rex attack takes dinosaurs into account. Game innovations such as Overbooked by Jumbo Spiele or Smart 10 by Piatnik have also been selected by experts among the 36 nominations. This is accompanied by a sophisticated marketing strategy. As part of a joint advertising campaign, retailers and brand manufacturers present the most attractive products in their own Christmas wish catalogue and on a poster in specialist toy stores. Nominated products are marked with their own nomination label on product packaging and in retail advertising. In this way, they provide parents, grandparents and relatives with a valuable decision-making aid during the Christmas season.

Toy Award: These are the four best new products at the International Toy Fair

Innovation Award 2018: these brands are nominated

Link: The Bundesverband des Spielwaren-Einzelhandels has announced the nominations for the Top 10 Toys 2019 award.