Theme parks are becoming more and more important for brands 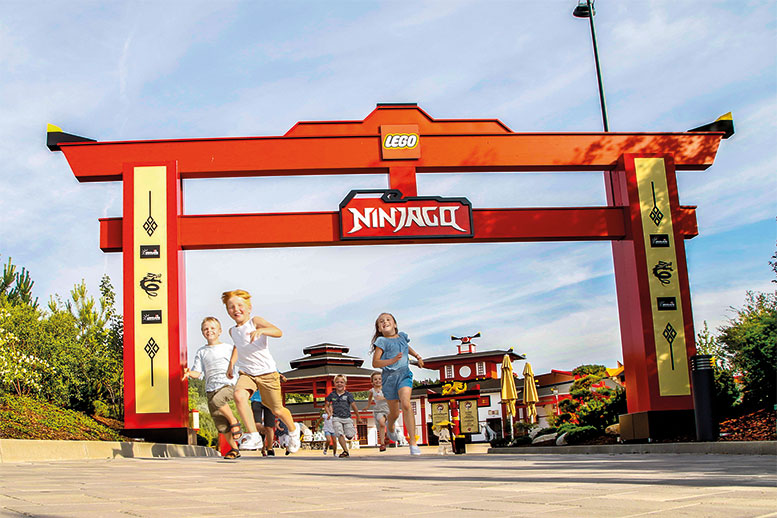 They generate billions in sales and amusement parks are also experiencing rising numbers of visitors. After Lego, Playmobil and Disney, Mattel now also wants to rely on this means of customer loyalty.

The figures are impressive: European amusement parks have sold around 150 million tickets each year. According to the industry association IAAPA, they have a turnover of almost five billion euros. In addition to this economic effect, they are enormously important for brand loyalty. The more than 9.4 million visitors to Disneyland Paris, for example, are expected to become even bigger fans of Mickey and Co during their stay at the theme park. The expansion project underscores how important the park is for the Group. Together with French President Emmanuel Macron, the Chairman and CEO of The Walt Disney Company, Robert A. Iger, announced investments of two billion euros in February. Among other things, three new themes are to be created on the worlds of Marvel, The Ice Queen - Completely Bold and Star Wars. The prominent support by the president did not come from coincidence. After all, Disneyland Paris accounts for 6.2 percent of French tourism revenue.

In addition to Disneyland Paris, leisure parks such as Legoland in Germany, Warner Park in Spain and Asterix Park in France also increased their visitor numbers last year. The same applies to theme parks on other continents. Visitor magnets in 2018 were the Walt Disney World in the USA (20.8 million visitors), Tokyo Disneyland (17.9 million visitors) and Universal Studios in Japan (14.3 million visitors). So it’s no wonder that Mattel now also wants to enter the amusement park business. Next year, the first multi-brand family entertainment centers will be launched. Target groups are families with children between the ages of four and ten. The centres will offer play and entertainment experiences and combine physical and digital play. There are clearly defined subject areas for Barbie, Hot Wheels and Mega Construx. Mattel works together with iP2Entertainment, a provider of out-of-home experience entertainment destinations.

The first of these Mattel brand family entertainment centers is a 25,000 square meter theme park. The area is scheduled to open in Toronto in spring 2020. In addition to brand-oriented areas, events such as the Family Play Night, adventure retailing and high-quality gastronomy will be held in the centres. Janet Hsu, Chief Franchise Management Officer, Mattel: “The family entertainment centers will enhance the emotional connection of our brands with children. They will enable Mattel to continue to provide families with enchanting experiences and imagination. The family entertainment centers offer a powerful combination of physical and digital play. This allows children to interact with Barbie, Hot Wheels and Mega Construx through live events and experiences, games and content.”

Playmobil with sales growth and expansion plans towards the USA

Link: The US company Mattel is planning to open its first amusement park in 2020.